As I write this, I’m also staring at the baby monitor, watching our 8-week-old baby girl nap in her crib. In the crib. Gosh, has it only been 8 weeks? Working our way to the crib has been quite the battle. And, honestly, the battle has mostly been mine — one that I fought alongside my own anxiety since we welcomed sweet Palmer Anne into the world.

I’m writing it all down now before I forget because it already seems like a blur. You know how it goes. Those first months are grueling, exhausting, draining…hard. Sometimes, you wonder if it was a mistake bringing this baby into the world (though it’s a thought you keep to yourself, tucked away with all the others). You just can’t figure it out. Can’t crack the code. You feel unworthy and helpless on those long nights, swearing you’ll never do this again.

Then, a year passes, and your best friend has a baby. Suddenly, you’ve forgotten every desperate moment. You only remember the joy of a pregnancy announcement, the anticipation of a gender reveal, and the pure bliss you felt as you welcomed your little one into the world. You decide to do it all over again, and the cycle repeats itself. Right?

Well, I’m not so sure what the future holds for my family, but I do know I had forgotten about those early sleep struggles after conquering sleep training with our first daughter at 5 months old. She’s 28 months old now and the best little sleeper I’ve ever met. So, starting all over again was a shock to my system.

I was beyond thrilled when I found out we would be able to try the SNOO for three months for free. Because The Cradle Coach is a Happiest Baby affiliate, we were allowed a free 3-month rental, and I jumped on the opportunity (please keep in mind I am NOT a sleep consultant — I am our social media and marketing director).

I had seen the SNOO sleep logs on Instagram. The 2-week-old babies sleeping 6-hour stretches at night. I saw the videos showing babies peacefully dozing off as the smart bassinet soothed them to sleep. It seemed too good to be true, but it appeared to work for SO many families.

Still, the price tag ultimately would have kept us from ever being able to try it. My husband is a medical resident in his intern year, and I stay at home with the girls. I couldn’t justify a purchase like that. After all, I work for a sleep consulting company! I didn’t need help from a bassinet…right?

Regardless, I felt like a fancy influencer opening the box the day it arrived. The design is indeed sleek and, honestly, pretty beautiful. It’s sturdy and a lot bigger than I expected. Compared to the the HALO bassinet, which we had and originally planned to use, it’s one hundred times more appealing to the eye. So, basically, it’s super nice…as it should be. That shouldn’t surprise anyone!

No SNOOzing For Us

We were so excited to come home for several reasons once Palmer arrived, but trying the SNOO was definitely up there on the list. While we had a great experience at the hospital when it comes to hospital staff and my c-section in general, we barely slept at all (shocker). I just knew the SNOO would solve all our sleeping troubles right away.

Unfortunately, that wasn’t the case. While Happiest Baby says it usually takes 1-2 days to begin seeing the benefits of the SNOO (less fussing, more sleeping), I was feeling desperate and disappointed after 2 nights. We just weren’t getting any solid stretches of sleep at night. I will add that we weren’t putting Palmer in the SNOO during the day this early on. I understand consistency is vital when it comes to setting a solid sleep foundation; however, during the first couple weeks of a baby’s life…let’s be honest. There is no nap schedule. No plan. No structure of any kind. Mama is holding her baby as much as possible.

Before I explain why we ended up deciding not to fully commit to the SNOO, I want to emphasize that if you can afford it, I do believe it’s worth every penny. The way in which the swaddle is kept in place by hooking to each side allows for the safest sleep environment I can imagine. This, along with the comfort its soothing mechanism provides parents, allows for the peace of mind we all desire during those first months.

With that being said, I didn’t see a difference in the quality of Palmer’s sleep in the SNOO compared to sleep in the HALO bassinet. I truly believe if we were consistent with the SNOO, we would be seeing the same sleep stretches we see today in the crib. At 8 weeks, she’s sleeping 6 to 8 hour stretches at night, sometimes followed by another 2 to 4 hours after nursing. This is great sleep for a newborn, and it’s because we finally chose to stick with the HALO until we were ready to move to the crib, which was a seamless transition because they are both flat, still surfaces.

So, what did I dislike most about the SNOO? Once the SNOO recognizes your baby is restless or upset, it begins the soothing process, going through 4 levels of higher sound/motion until you pick up your baby or baby calms. The SNOO will shut off after a couple minutes of continued crying.

My least favorite part of the SNOO are the sounds it makes at its highest “soothing” level. I’m thinking many people didn’t have this experience because their baby rarely reached this level; however, Palmer was an extremely active sleeper…and a LOUD, constant grunter. Her restlessness (not crying) would regularly cause the SNOO to begin increasing sound/motion. Obviously, when this happened, I would be lying there…anxiously watching the smart bassinet attempt to calm my baby (even when I felt it wasn’t necessary).

The highest level of the SNOO was much too loud for me. Yes, you can bring down the volume using the SNOO mobile app, but it was still pretty alarming. In all honesty, the first time it happened, I felt like we were experiencing an alien invasion of some sort. Haha! It was shocking. Now, I have no doubt there are valid reasons and proven science behind the motion and sound at this level. I have no doubt it works for families all over the world. It just didn’t work for me.

As mothers, our bodies are built to respond to our babies’ crying. We experience literal physical discomfort when it happens. So, if the commotion of level 4 wasn’t making me uncomfortable, Palmer’s crying was. Plus, she was right beside me. I felt guilty for relying on a device to calm my baby when I was just feet away from her. It just didn’t make sense to me and left me feeling even more anxious, which is not what the SNOO was created to do. If I wasn’t feeling anxious during the soothing process, I felt anxious about the eventual weaning we would have to do if Palmer was to learn to love the SNOO. I was my own worst enemy here. SNOO didn’t stand a chance against these hormones!

I think it’s also important to note that you can lock the SNOO on a particular level, keeping it from increasing sound and motion. To me, this seemed like we would be defeating the purpose of the smart bassinet. I wanted to get the full experience and use it as it was built to be used.

While I didn’t love the SNOO for us, I still love the concept of the SNOO. I love that it’s a product helping tired mamas across the world provide safe sleep for their babies.

Still, the point I’d like to emphasize and what I hope you take away from this blog post is that you don’t need a fancy smart bassinet in order to get your newborn to sleep.

Some families purchase the SNOO, experience incredible results and just assume the SNOO deserves all the credit. They aren’t giving themselves enough credit.

With consistency, anything is possible. For some, the SNOO may lead to longer stretches of sleep, sooner. But that doesn’t mean your baby can’t get the same long stretch of sleep in a bassinet or crib. It may take a couple more weeks. It may not. There’s no way to know without trying.

My biggest piece of advice? Choose a route, and go with it. Promise yourself you’ll stick to it. Give your baby the time he or she needs to adapt — whether it be in the SNOO, in the crib or in a bassinet. Don’t change everything immediately after a few bad nights (like I did). These things take time! You CAN do it. And if you need help…you know who to call 🙂 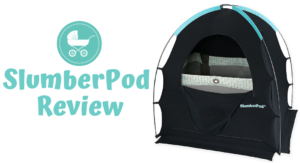 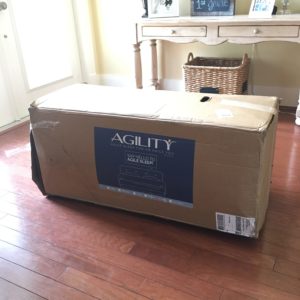 The Best Mattress You Can Buy: The Agility Mattress 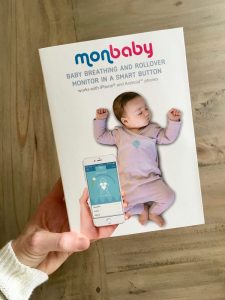