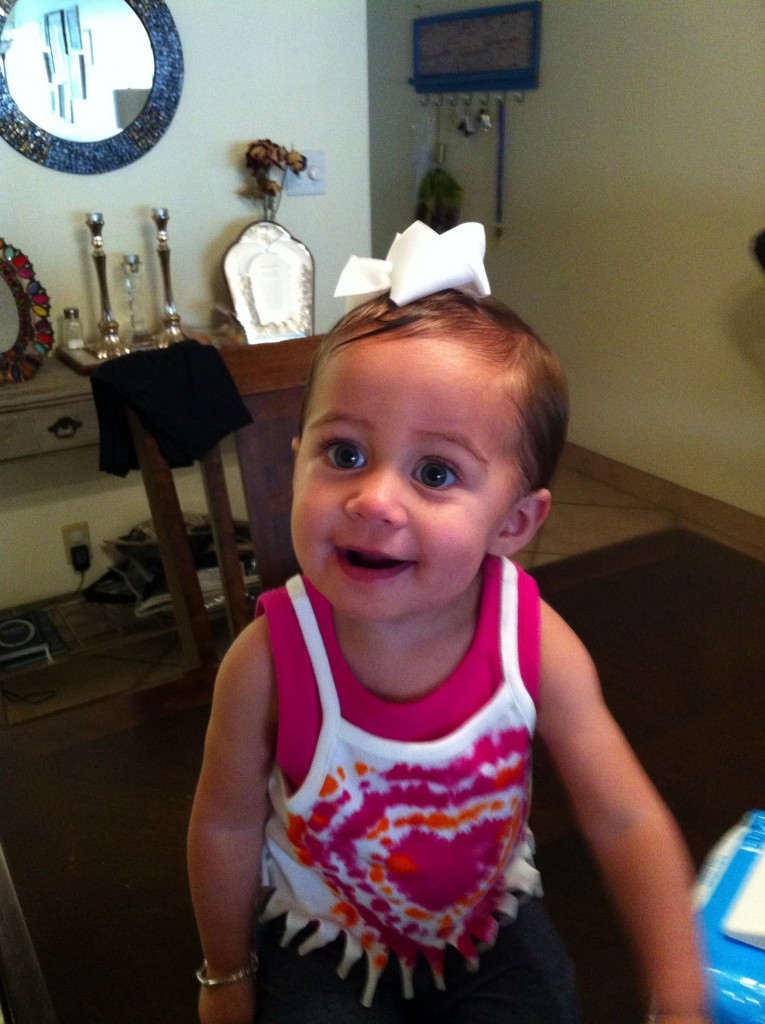 Before-
When I walked into Avi and Orah’s home, Sophia’s beautiful blue eyes were the first thing I noticed. This scrumptious little girl is as sweet as they come. She was in the arms of her daddy, holding him tight and cuddling him up around his neck. It was as if she knew what was going to be happening that evening. Sophia is a 20 month old beauty that has been co-sleeping with her parents since she was a baby. She would fall asleep on her daddy’s chest and sleep by his side, checking on him throughout the night to make sure he was right there. As precious as this seemed, Sophia tossed and turned all night, keeping her parents up. The process to get her to sleep was also exhausting. Once she was asleep, they had to quietly take Sophia off of Avi’s chest and sneak out of their room. If she was to wake, the routine had to restart. Orah decided it was time for Sophia to sleep in her own room, in her big girl bed.

During-
Watching Avi and Orah the first night of training made me realize how lucky I am to get to meet such amazing parents. These two absolutely adore Sophia. I knew it would be hard for them to let go of some of the habits they created but knowing this was the most important thing for each of them kept them motivated to get her sleeping on her own. Sophia didn’t know how to self- soothe. She never had to. So training a 20 month year old who hasn’t ever slept in her own room can be a grueling first few nights, but Sophia rocked it. I gave them a controlled crying method which allowed them to go in at 5 minutes, 10 minutes, and 15 minutes. However, they both agreed instantly that they thought it would be best to let her cry it out without checks. They knew she would be stimulated by their presence and felt as if it would be harder to go in.

The cry it out began. It lasted 48 minutes. When she stopped crying, we heard her at the door. Knocking. We waited till we didn’t hear anything to go in. Once some time had passed, Avi walked in the door to place her back in bed. And to our surprise, out comes Sophia from behind the door. She wasn’t crying but instead looked as if she had been sleeping. So Avi laid her back in bed and walked out, closing the door behind him. We grabbed the monitor and watched her walk to the door and stand in the corner. Once again there wasn’t any crying. Fifteen minutes had passed and Sophia was still in the same spot, only moving when she dropped something. This time I had Orah walk in and take her to her bed. Once placed in her bed, Sophia simply watched her mom walk out of the room and laid down to sleep.

Next wake up happened four hours later. Sophia began to cry and Orah walked in, rubbed her back, gave her a pacy and walked out of the room. Sophia got out of her bed, walked to the door and cried for 32 minutes. She became silent again and after 15 minutes, Orah walked in and took Sophia to her bed. Sophia walked back to the corner of the door. She wasn’t crying this time, but stood in her corner. Orah gave her another 15 minutes before walking in to take her back. This time, Sophia didn’t get out of bed and laid down to sleep. She slept until 7:30am! This first night was hard for them. No parent ever wants to hear their child cry. However, they knew Sophia was a very smart little girl with a determined personality and this was the path they knew they had to take.

After-
Night two, Sophia cried for 15 minutes before falling asleep. They had to walk her back once but she never got out of bed again. The third night, Sophia slept throughout the entire night! Avi and Orah were ecstatic and in complete shock. They didn’t necessarily want to believe that she was sleeping throughout the night at this point but by night five they realized she understood how to self-soothe and could sleep on her own the entire night. I am so proud of them! They didn’t give up one time and handled everything perfectly. This beautiful little girl is getting the sleep she needs and so are her wonderful parents. Sweet Dreams Sophia!