We are just a few short weeks away from my son Parker’s first birthday. After we put the kids to bed last night, my husband and I were reflecting on the last (almost) year and just how much our little man has changed.

From his first sleep in the hospital to today, we’ve seen sleepless nights, sleep-filled nights and nights we can’t explain. We’ve seen regressions and sickness and teeth (lots of teeth!), and we’ve seen all those things affect his sleep. In baby’s first year of life, there is more change than any other…so, it makes PERFECT sense that the first year of sleep sees more change than any other as well!

This is our first year. No two babies are exactly alike. So, our first year won’t be the same as yours. But, I wanted to walk you through ours and share with you what you can generally expected from sleep in the first year of your baby’s life.

What is expected: as much sleep as possible in a 24 hour period

Our newborn phase with Parker was so different from our daughter’s, but it didn’t start that way. Parker was born at 6pm, and I remember joking when he fell asleep an hour later at 7pm that he was going to be my best sleeper. After all, I brought him into the world ready for a 7pm bedtime…if ONLY it were that easy! He was up a half hour later ready to try nursing again. And that is TOTALLY okay because that is what newborns SHOULD do! Newborn sleep is unpredictable and totally about helping them to acclimate to the world.

When we came home from the hospital, we put Parker right into his crib (right next to my side of the bed). He was swaddled sometimes, and not swaddled other times. He was laid down for naps in that crib sometimes, and others…I let him nap on me. There was no schedule, but we were working on laying healthy foundations for the future.

When he was three weeks old, he was diagnosed with a staph infection on his sweet little cheeks that spread over the majority of his body. We spent five days in two hospitals, and any foundational work we were focusing on when it came to his sleep…was tossed right out the window. He became very dependent on the swaddle and on a pacifier. Given all he was going through at SUCH a young age, I was going to give him whatever it took to get him as much sleep as I could in a 24 hour period. Sleep = healing and growing, and I wanted that for our little man.

Very quickly, Parker’s skin began to heal. We began to focus once more on the foundations, slowly and gently weaning him from his crutches (the pacifier and the swaddle).

What is expected: slow and gentle implementation of schedule — three daily naps and 12 hours of overnight sleep — and independence

We usually say you can begin sleep training at 4 months or 12 pounds (whichever comes first). Well, Parker was born at 10.1 pounds and was 12 pounds when he was two weeks old! And working on sleep at that point would have been a completely wasted effort. Remember, newborns need as much sleep as possible and are not able to respond to schedule yet. So, we waited until he was closer to that 4 month mark.

In truth, it was probably more like 3.5 months, but he was ready! We started to focus on routine, weaning from the swaddle and following strict rules for replacing the pacifier and when to offer night feedings. Soon, he was sleeping through the night (except for one night feed). During the day, he was taking three consistent and predictable naps. That was all awesome….until he cut his first teeth.

Teeth can be a major interruption for sleep, and Parker was no exception. We went from one night waking to many (like 4+). Things went from bad to worse when he got croup and spent all of his sleeps on my husband or me (we basically took turns sleeping so that someone was always awake with him upright on their chest).

It was hard on all of us, but it was the best thing for our baby at that moment. When we finally felt he was better, we began our focus on independent, predictable sleep once more. He took to nights like a champ, but it was clear he was not doing well with three naps anymore. We started to change up his schedule to two naps a day a little earlier than “normal,” and he began to thrive and love his routine once more.

What is expected: 12 hours of overnight sleep and 2 daily naps

As I said, Parker was ready for two naps a little earlier than “normal.” It is usually between 8-9 months that babies are ready for that transition. All was going well on two naps a day, 12 hours a night — unbroken now — and then….he started to walk.

OH MY REGRESSION. For him, the milestone of learning to walk was our hardest regression by far (yes – there were others, but this blog post would be 25 pages long if I told you about all of them) and manifested at his bedtime behavior and his naps.

Nap one of the day was always a bust. He straight up refused to nap! Nap two was met with resistance, but he always gave us a good 2-hour nap. Still, 2 hours total per day was not enough for him, and he always needed an earlier bedtime. We remained consistent to his schedule, stayed diligent with our sleep training method, and I am so grateful we did. Just a few days after he was 11 months…his regression was over, no new habits had been created, and he was back to his super sleeping self. (AMEN!)

Here we are…on the verge of ONE. (One. AH!) There is typically a pretty gigantic sleep regression that happens around one, but we are totally ready for it, if it does come. Our first year has been a whirlwind of little sleep and lots of sleep. It has been one of learning and loving and laughter. I know that sleep for our Parker Finn will change again soon, but right now, it’s good. And we are prepared for whatever turn comes next on the rollercoaster of sleep in year one. 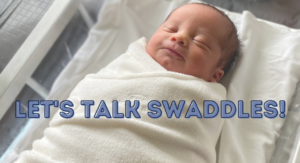 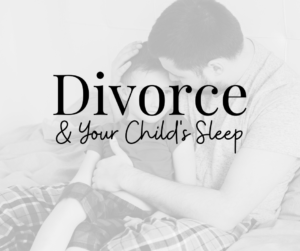 Divorce and Your Child’s Sleep