I knew that sleep would be disrupted when you had a baby, but not to the extent that we experienced. I figured it was normal to be exhausted with a newborn, and it would eventually pass as she got older. However, our daughter was a little more challenging than the average baby. Mackenzie always needed to be rocked and/or nursed to sleep and have severe reflux so always wanted to be held and had to be kept in an upright position when sleeping.

We were desperate and delirious and just wanted to get some sleep so we started to co-sleep – something we never thought we would do. We knew we had created some bad habits, and co-sleeping seemed to work for us, but we knew we couldn’t do it forever. My wife had done so much research on the internet, bought books, and reached out to friends/family for advice on how to get our baby to sleep on her own, but none of it worked. So we just kept co-sleeping out of desperation and hoped it would work itself out eventually.

When Mackenzie started daycare at almost 5 months old, things got even worse. She wouldn’t sleep while she was there – maybe a 30 minute nap all day if we were lucky. She also refused the bottle, so she would starve herself all day. She would come home exhausted and hungry and so at 5pm was ready for bed and would nurse all night long. On weekends, we would rock her to sleep for naps and just have her sleep on one of us just for some shut eye. This could take hours to do. We couldn’t go anywhere or do anything, and it was starting wear us both down – mainly my wife, who took the brunt of it at night with the nursing.

When Mackenzie was 7 months old, we were moving and figured that would be the best time to get her sleeping on her own since it would be a new and different environment. We didn’t know where to start. We had already tried so many techniques and read everything on the internet. My wife had mentioned using a sleep consultant (The Cradle Coach) and I’ll admit, I was skeptical, and really did not want to spend that kind of money to hire someone to tell me how to get my daughter to sleep.

It seemed so silly, and to be honest a waste of money. Family members were not supportive and thought it was “bogus.” But I could see the desperation in my wife’s eyes, and I knew we needed some help, so we went ahead and purchased the package and I can tell you now that it was the best decision we ever made for our daughter.

The plan was so detailed and unlike everything else we had purchased/read before, it was customized to Mackenzie. We worked with both Rachel and Maeghan and we were very clear we did not want to do the cry it out method, or any form of it. We understood there would be some tears, but wanted something gentle but also something that would work for a very stubborn and strong willed child. The two of them were so supportive and being accountable seemed to help us push through any challenges.

It all seemed to be working and every night got a little easier – we even got Mackenzie taking naps on her own. But after a few weeks on our own, we had trouble committing and kept facing regression after regression and lost our confidence. Back to co-sleeping it was…

In all honesty, we had just given up and figured Mackenzie would eventually grow out of it and when she was older we could reason with her. However, months later, we found out we were expecting another baby and I think that was the motivation we needed to get Mackenzie sleeping on her own once and for all. She was 19 months old at the time, and we dusted off the plans we had gotten about a year before, reached out to The Cradle Coach again for some questions on how to proceed and went for it.

We finally committed and within a couple of weeks Mackenzie was sleeping on her own through the night – and 7 months later she still is! We noticed a difference in her mood immediately, and we are all happier and healthier now. She has a rough night every now and then, but we stick to the plan and don’t cave. I remember Rachel and Maeghan had told us from the beginning – this will only work if you are ready for it to. You have to want to commit and want to make the change. We always thought we were ready, but always had excuses for why it wouldn’t work. But once we did commit, everything worked like a charm.

To be honest, the support of having The Cradle Coach to back you up, and cheer you on is what helped us and what we needed. I feel so much more prepared for when the second one arrives, and we are more confident in how we will try not to create bad habits from the start, and if we do, we know what to do to correct them and if not, we can always call The Cradle Coach for some advice and support.

What Sleep Training Did for My... 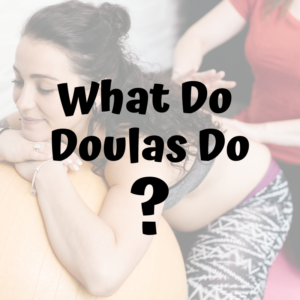 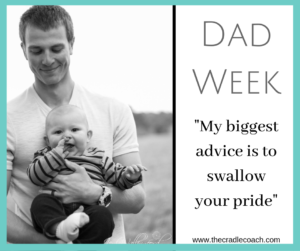 Dad Week: “My biggest advice is to swallow your pride” 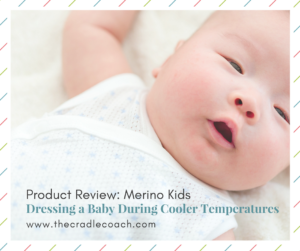