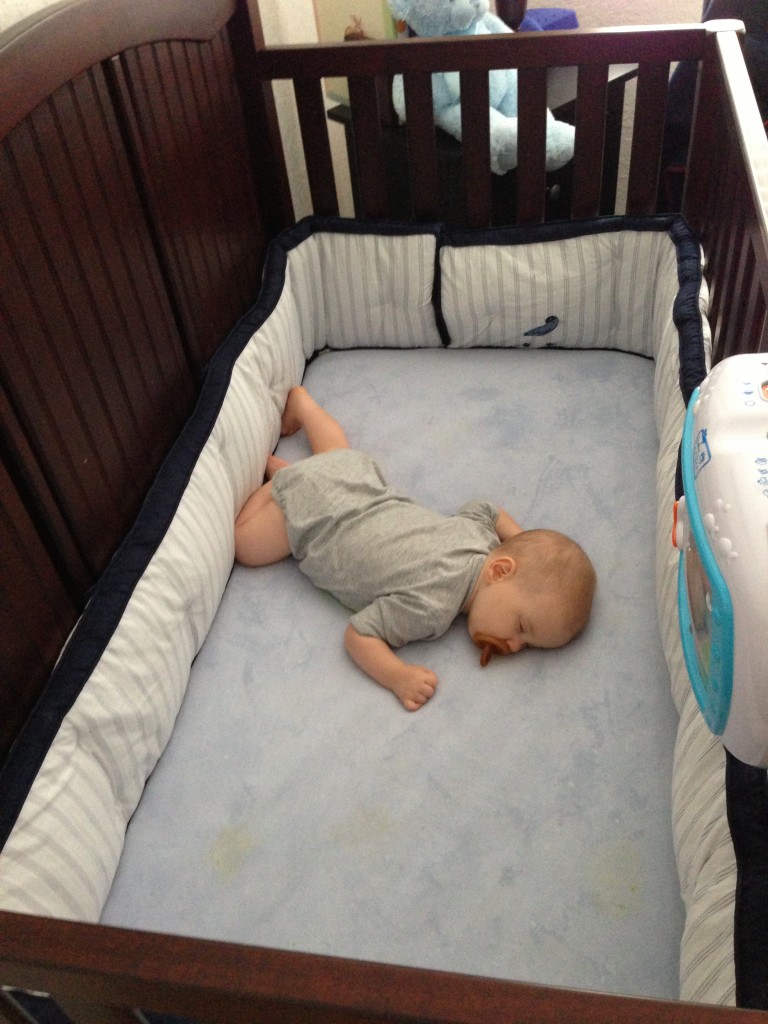 Before-
Grant is an adorable little 9 month old boy who is a fantastic night time sleeper, but just didn’t have any desire to stop all the fun during the day and take a nap. Some days it would take his mommy, Ashley, about an hour to get him down and other days it would take her no time at all. There wasn’t any set nap time, it was more so whenever he seemed to be tired that day. But the consistent tactic that Grant desired was that he had to be nursed to sleep. Once Ashley was able to get Grant to sleep, he would take one solid nap. But the hour and inconsistency each day that it took her to get him to sleep was wearing her out.

During:
Ashley contacted me and we had an amazing training call discussing all the ways to make things more consistent for Grant. I say this often to my clients – If you want your child to be a consistent sleeper, then you as their parent need to be consistent on how you handle their sleep. This was exactly the advice I gave to Ashley. Grant was an amazing night time sleeper because she was extremely consistent about how she handled his routine and wake ups. The naps however, were scattered at different times every day and Grant didn’t know how to get himself to fall asleep without being nursed. Ashley was motivated to make some changes and she did so perfectly! She cut Grant off cold turkey from having to be nursed to sleep. We created a consistent nap time for him that gave him an extra long nap in the morning and another long nap in the afternoon and Ashley stuck to it. We did the controlled crying method which allowed Ashley to walk in and check on Grant every 15 minutes or so. Her checks were to reassure him that she was there, make sure he was okay, and walk out of the room when he began to calm down. After a few days of training, Grant adjusted to the new technique and did so with ease.

After:
Grant has got it down!!! Even with their busy summer schedules, Grant continues to go down easily (without any tears) and takes two solid naps. I am so happy that his naps are consistent and easy for Ashley now. He is a terrific learner and so proud of all the hard work Ashley did. Have the sweetest dreams beautiful family!