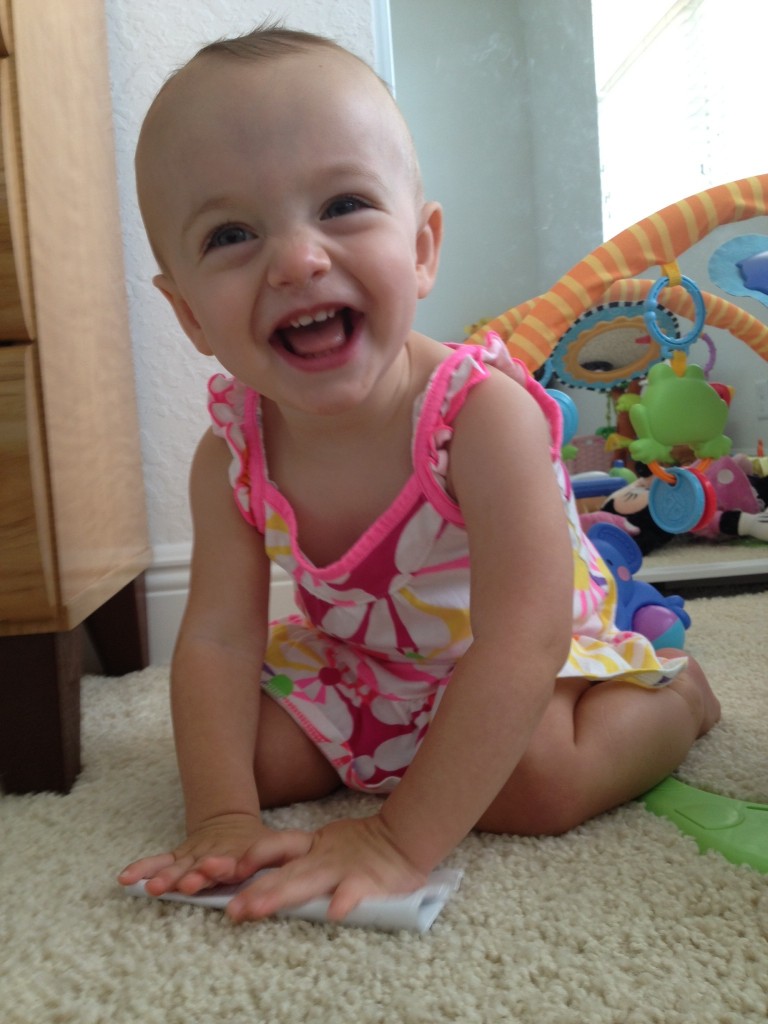 Before-
Grace is a beautiful, blue-eyed 14 month old little girl who wasn’t sleeping consistently throughout the night. On extremely rare occasions, Grace would sleep 11 uninterrupted hours. This was usually followed by two to three weeks of waking up multiple times during a night. Grace napped once or twice a day, for up to 90 minutes in total. Although this sounds sufficient, it was never consistent. They had used many of the excuses most of us parents use for why our baby is waking up throughout the night, such as “…it’s teething, maybe she’s getting a cold, or it’s probably just separation anxiety,” but realized it wasn’t any of that and that it was time to seek help.

During:
Janet and her husband, Tom, reached out to me to create an individualized schedule for Grace and help sleep train her during a nap. After viewing Grace’s sleep logs, I realized she only needed one long nap per day. In addition, starting the nap at an earlier time proved to pay huge dividends in the future! Once I was in Grace’s environment, we immediately went to work. Janet went through her typical daily routine of Grace’s naptime. Once Janet laid her down, Grace stood up and put up a fight! I immediately coached Janet on the technique I thought was best for Grace which was from Healthy Sleep Habits, Happy Child. We allowed Grace to protest by crying. We responded to her cry at regular intervals, every three minutes, in accordance with the severity of the cry. The first time was hard for Janet not to run in and take her out of the crib. Patience was key. We were watching her stand in the monitor and then lay down. Grace picked it up pretty quickly with just two check-ins from Janet. Grace laid down, cuddled her little puppy, had her pacifier, and went right to sleep.

After:
This little girl is one of the quickest learners I have ever had! It took one day of training (with a second night of fireworks going off on the 4th of July) for Grace to sleep throughout the night as well as take a solid two hour nap during the day. She goes to sleep at 7pm and her parents have to wake her at 7am! It is so exciting to see a child learn and develop into an amazing sleeper! I am so proud of the hard work Janet and Tom put in to make this possible for Grace to do. Enjoy your Sweet Dreams!