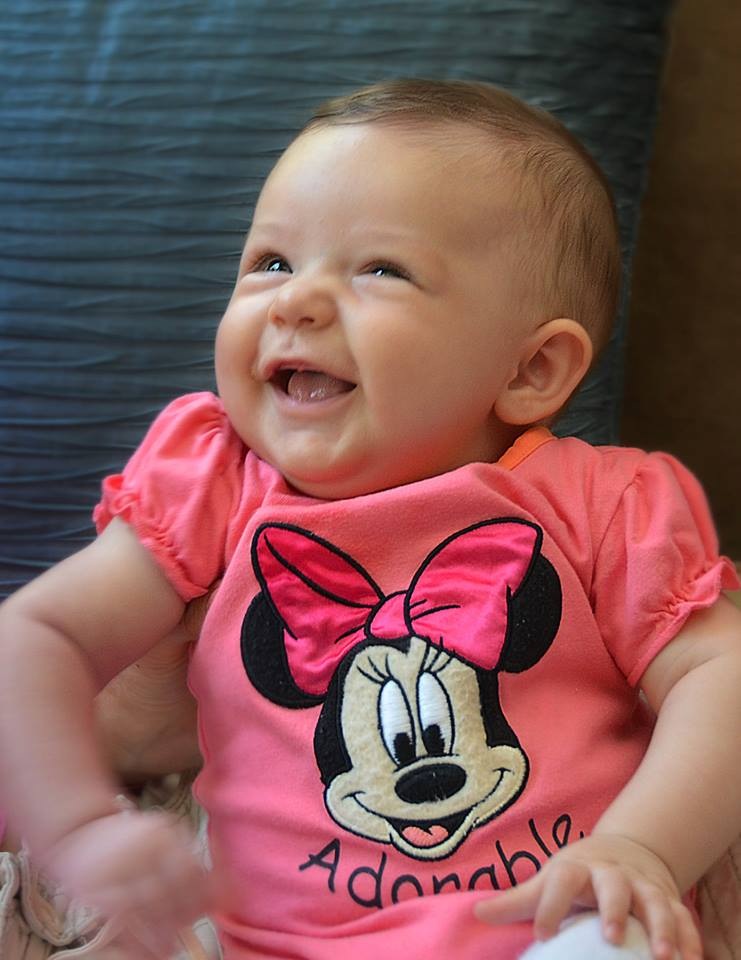 Before-
This darling little girl is as cute as they come! Harper is a precious 4 month old who had been a pretty good sleeper at night (getting up once a night; sometimes two) but not much of a napper. Once Noreen, Harper’s Mommy, went back to work, their sitter worked very hard to have Harper nap during the day. She successfully made it happen but Harper started getting up four or five times during the night. Not so fun. They dialed back on naps and it had seemed to be helping Harper’s night sleep but still felt like they needed some guidance with Harper. Setting specific nap and feeding times, getting Harper to sleep through the night, self-sooth, ween off possible sleep crutches, etc. were some of the hopes they had desired as they called for help.

During:
We started working with Harper on the 4th of July, about a week shy of her 4 month birthday. Starting early enough allowed her to get past all the habits some parents can make and the routine gave her body the knowledge of what to expect in the day and night. Most parents I work with are typically concerned with their child’s 4 month birthday because as most parents with infants know, there is that “4 month wakeful period” coming around the corner. I always try to train at least a week before the child’s 4 month birthday, or training can take another week or so to accomplish. In the case with Harper, we started training her from The Baby Sleep Solution with a little twist to the method. I decided to give Noreen and Joe the option to let Harper cry for 2 minutes (staying at just two minutes) and then they were able to go in to reassure her with their touch. By giving her this time, she was able to learn how to self-soothe without the need of her parents.

When Harper’s wakeful period arrived, two days before her 4 month birthday, she had an evening that was a bit difficult for her parents to get her down to sleep. She also desired another feeding; one more then she had been taking. The next day, she showed signs of being a bit more tired then usual, so we added a quick cat nap in the evening to give her body what it was desired but stayed consistent with her nap times. From that point on, Harper pushed her way right past that wakeful period and stayed consistent with her naps and bed time.

After:
Harper has been fantastic! It took her three real tough days of training to regulate her body clock but her parents consistency and follow through has helped her get past all the bumps in the road. She goes to sleep at 7:30pm and she wakes up at 7:30am with one feeding in the night! I am so proud of the hard work Noreen and Joe. Have Sweet Dreams!