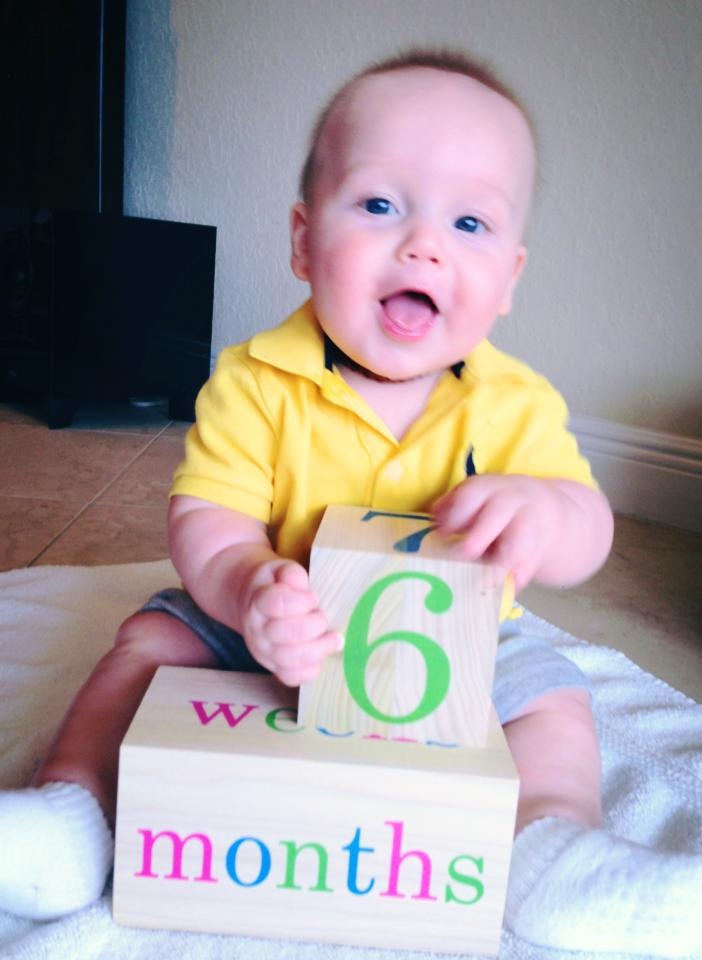 Before-
Sean is an adorable 6 month old that isn’t only handsome but also one of the happiest babies in the world. He had a great routine that his parents created for him since he was an infant. As he was getting older, his schedule needed to be adjusted a bit and Sean’s mommy, Caitlin, didn’t know exactly how. Sean would sleep a full 11 hours one evening and the next day his three naps would be short, inconsistent, or nonexistent. The next evening he would be up three to four times throughout the night and the next day his three naps were solid. Caitlin couldn’t figure out what to do and that’s when she called.

During-
Caitlin is the ideal client. Had a schedule, weeks and weeks worth of sleep log notes, and had the motivation to get Sean consistently sleeping. And after hearing her struggle, I was really looking forward to helping her! Looking over Sean’s logs, I realized a training method would not be necessary for him. He was able to self soothe and whatever method Caitlin was using, had been working. The only tweak to the schedule that was made was the timing of naps and eliminating the evening cat nap. I had noticed that Sean’s afternoon nap was usually taken at noon. It was suppose to be a two hour nap, but if he woke up early from this nap, he required an evening nap that was taken around 4:45pm – 5:15/5:30pm. With a bed time at 7:30pm, Sean’s last nap interfered with his night time sleep. He wasn’t tired enough to get a deep sleep and would start to wake up throughout the night as early as 8:30pm. How did we fix this pattern? We added 30 more minutes to Sean’s morning nap that extended it from 9:00am – 10:00am to 9:00am – 10:30am. This pushed his afternoon nap back from 12:00pm – 2:00pm to 1:30pm – 3:00pm and completely did away with his evening cat nap. As he was getting older, the amount of naps began to dwindle.

Now, Sean’s schedule wasn’t simple to figure out. Thank goodness for Caitlin’s amazing determination! When we began sleep training, Sean started teething which added a few extra days of work. Once he was passed the pain, he began waking up at night and over compensating sleep in the day. This made us realize that Sean was extremely sensitive with time. If he missed his nap by 15 minutes, he wouldn’t take a good nap. So time was of the essence. He would nail his morning nap and once we began pushing his afternoon nap back a bit, he immediately slept through the entire night. Another thing I wanted to note is that we didn’t change his eating a bit (Sean is exclusively breastfed with introduction to solids). Many mothers ask me, do I need to add formula in order for my child to sleep through the night…NO! Not one bit. As long as they are drinking at least 4 ounces of milk per feeding, whether it be formula or breast milk, they have the opportunity to sleep through the night. Sean’s feedings were incredible. I knew there would be no problem with his intake. His body just required an exact time for sleep. Once we paid attention to that detail, he had day after day of solid naps and a full nights rest.

After-
Sean is a rockstar. His parents didn’t really have to “sleep train” him with a technique but just had to focus on creating a routine that his body needed and desired based on an exact time. He has been sleeping throughout the night but most importantly, he has been soothing himself to sleep and taking the most incredible naps in the day. He has some incredible parents that love him dearly and they should be proud. He is one great kid!! Have sweet dreams Sean.